Taking Care of Business, or TCB was not only Elvis Presley's mantra, he used it as an emblem, logo, TCB band name, and more. The letters appear as a logo or emblem, along with a lightning bolt, which means 'taking care of business in a flash'. Elvis designed the TCB sign himself. He put it on almost everything he owned: 'The Lisa Marie', his stationary, his guns, his karate patches. Elvis had necklaces made with this sign and gave them to family and friends. For the women Elvis had TLC necklaces made. TLC meant Tender Loving Care. Story has it that Elvis designed it while traveling on his private jet. He got the idea to have necklaces made with the sign. When he came home Elvis phoned his jeweler to make them. The jeweler said that he would start on them next but Elvis replied… 'No, I want them right away'. Below are the original drawings done by Elvis that night on the plane! 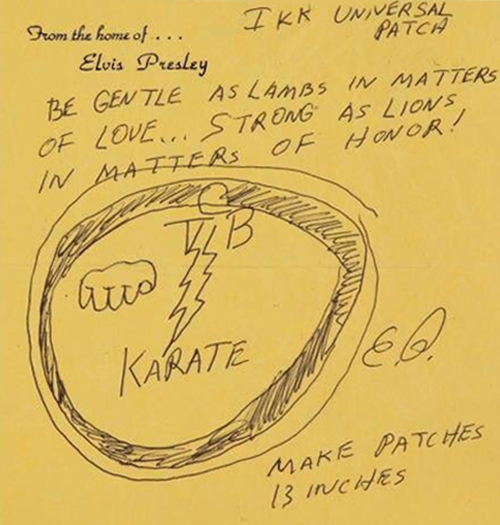 There are many facts and figures in Elvis circles that are not consistent in account-by-account, and often these varying accounts are odds with the others members of the Elvis Family. The origin of the TCB logo and its meaning is no exception to this rule:-

Elvis himself spoke about it in an interview in which a reporter just asked him straight out if he got the idea from Captain Marvel's logo. He said something like, 'Well I did get into the Captain Marvel comic books, I got into a lot of them actually'. But he never confirmed that the logo came from there.

Joe Esposito claimed that Elvis and Priscilla decided on 'Taking Care of Business' as the logo (slogan) for the Memphis Mafia, and that Priscilla designed the medallions. Also, the lightning bolt was a Mafia symbol that meant, 'Do it quick'.

Lowell Hays, a Memphis jeweller, made the original TCB jewellery from 1970 to 1977. 'The TCB necklace was designed by Elvis'. 'It was Sol [Schwartz's] partner, Lee Ablesser, who designed the TCB neck charm that Elvis gave away to friends and people who worked for him. Sol says he sold Elvis five hundred of the chains and charms, and another five hundred charm bracelets. Only thirteen of these [TCB] pendants were made, twelve for his friends and one for himself. Then the mold was broken'.

Marty Lacker said the lightning bolt was incorporated into the logo because the of the phrase 'in a flash,' and the fact that it was the insignia for the West Coast Mafia.

Excerpt taken from 'Elvis and the Memphis Mafia' by Alanna Nash. ‘Marty Lacker’. 'The date that's usually given for the start of the TCB jewellery is 1972, but my recollection is that it started around 1970'.Take care of business' was a black expression. Elvis would say it in a sort of ethnic way, with a black accent. It was just a hip saying. Aretha Franklin sang,’ Take care/TCB' on her version of 'Respect' for example. Elvis came up with the jewellery after he met this young guy named Paul, who was a stone cold killer. He was a bodyguard for Mayor Sam Yorty of Los Angeles, and he worked undercover on drugs. He broke the Hollywood High School drug ring years ago, and the mafia put out a contract on him. Shortly after that, he met this girl. He started liking her a lot and he went to bed with her. And in the middle of the passion, he looked down, and he saw she was wearing the lightning bolt around her neck. And he said he froze. The lightning bolt has two meanings. One is 'in a flash'. But the lightning bolt was the insignia for the West Coast Mafia. The girl’s father was the head of the West Coast Mafia and the one that had put the contract out on him. He said that after the initial shock, he just played it cool That’s why he put the lightning bolt in the design for the TCB jewellery. He liked the idea that the West Coast Mafia used it'.

Lamar Fike said Elvis chose the lightning bolt 'solely because it was the insignia for the West Coast Mafia'.

Kathy Westmoreland said that Elvis told her the insignia was inspired by the pattern left on a marble statue by a bolt of lightning, which Elvis interpreted as a sign from God.

As you can see, these claims by Elvis' circle of friends, family members, and associates do nothing to verify the matter. It's not that I or any other Elvis expert cannot answer this question, it's that the available source materials do not give a concrete answer as to the origin of the jewellery (and design), nor do they explain the discrepancies between the accounts. There are numerous reference books that say it was inspired by the lightning bolt worn on the chest of Captain Marvel Jr., Elvis’ favourite comic book hero. Even more significantly, these sources say that super-hero Captain Marvel Jr. influenced a great deal of Elvis’ life and appearance, such as his Jumpsuits and Capes. Elvis read Captain Marvel Jr. Comics from September 1949 to January 1953 while living at the Lauderdale Court. In fact, the Presley’s apartment has been preserved as a historic site, and a copy of Captain Marvel Jr. #51 sits on a desk in Elvis’ old room. In her book 'Elvis Presley: The Man, The Life, The Legend,' author Pamela Clarke Keough states, 'Elvis used comics as an escape… Around the age of 12, Elvis discovered Captain Marvel Jr. and quickly became almost obsessed with him'.

Below, from Elvis In Germany. Note the 'EP' with lightning bolt!!! 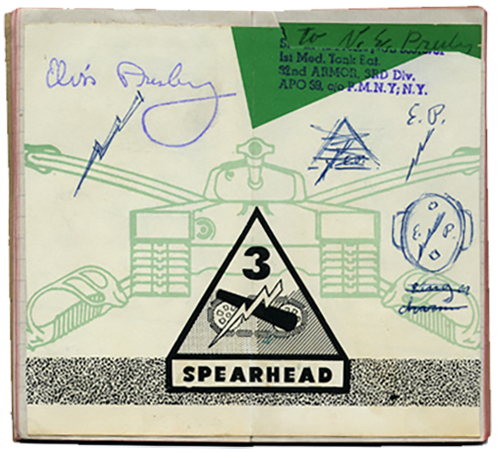 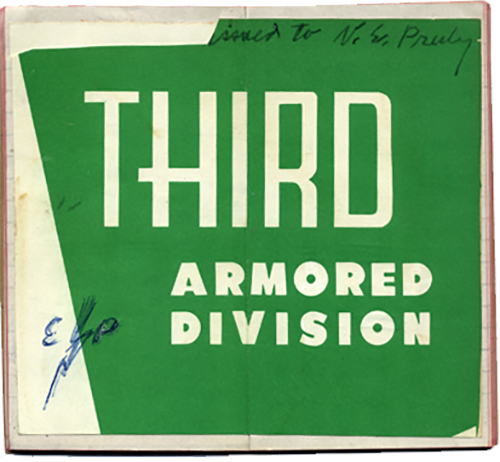 TCB Oath which reads as follows:

Respect for fellow students and instructors.

Respect for all styles and techniques.

Sharpen your skills, increase mental awareness, for all those that might choose a new outlook and personal philosophy.

All techniques into one.

Applying all techniques into one.
The 8th that follows Elvis' name signifies his level as an 8th degree black belt. It's a pretty heavy little oath... the bit about constipation always gets me snickering though. 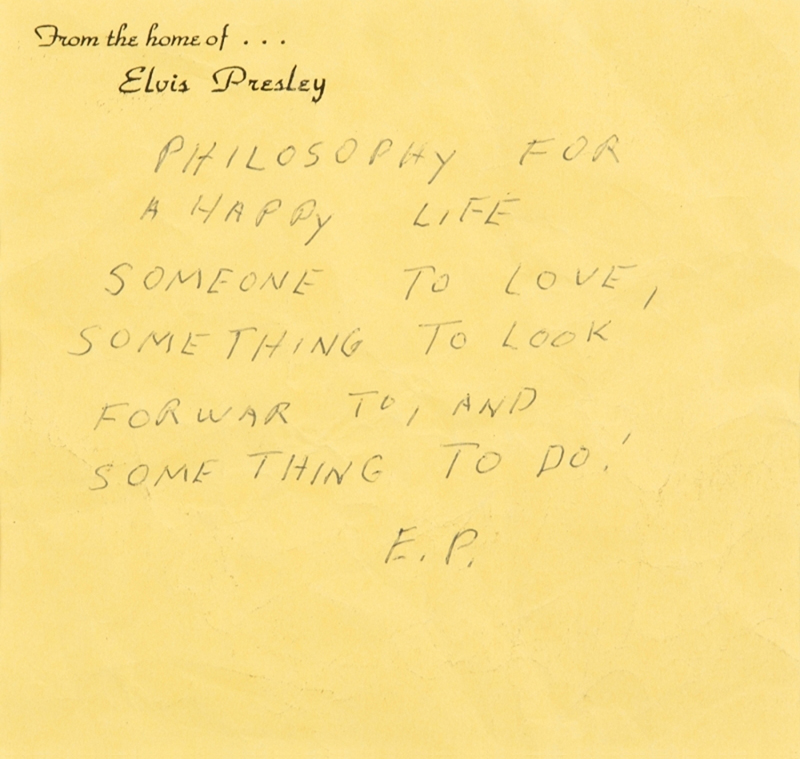 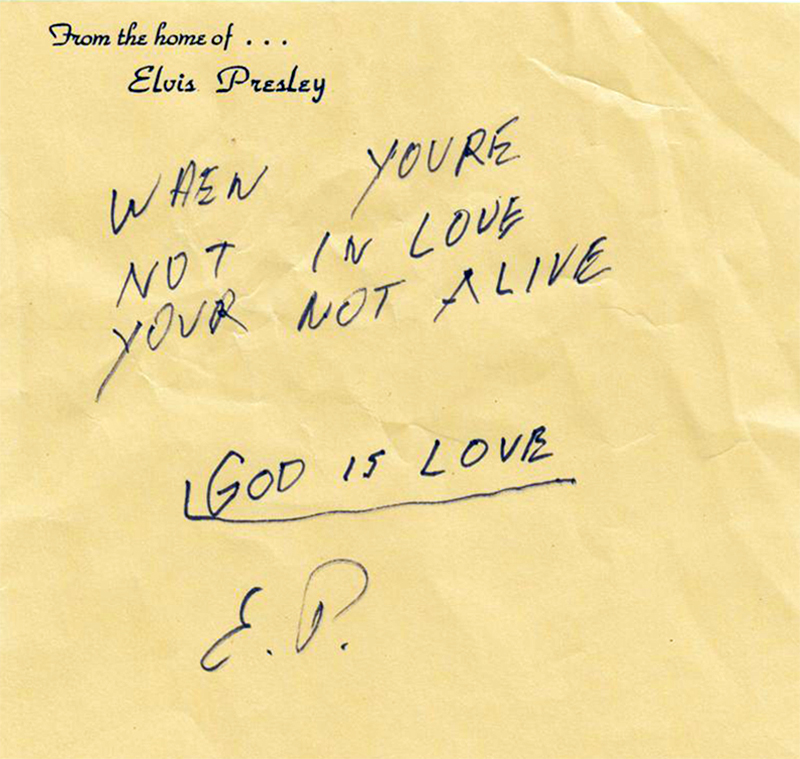 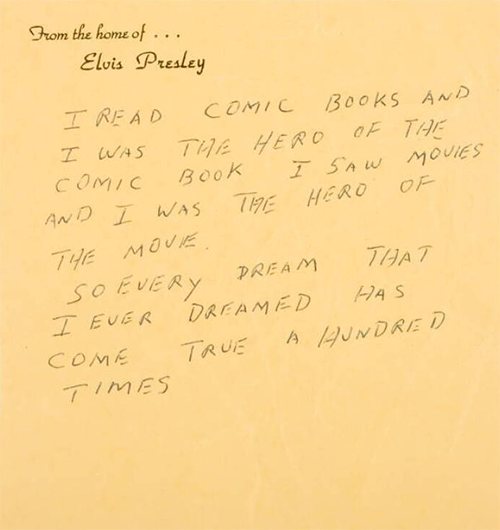 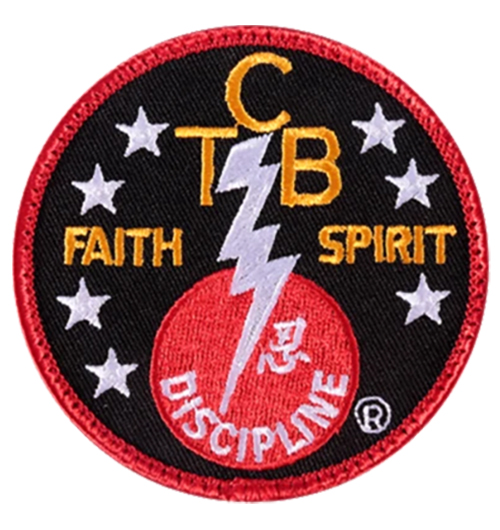 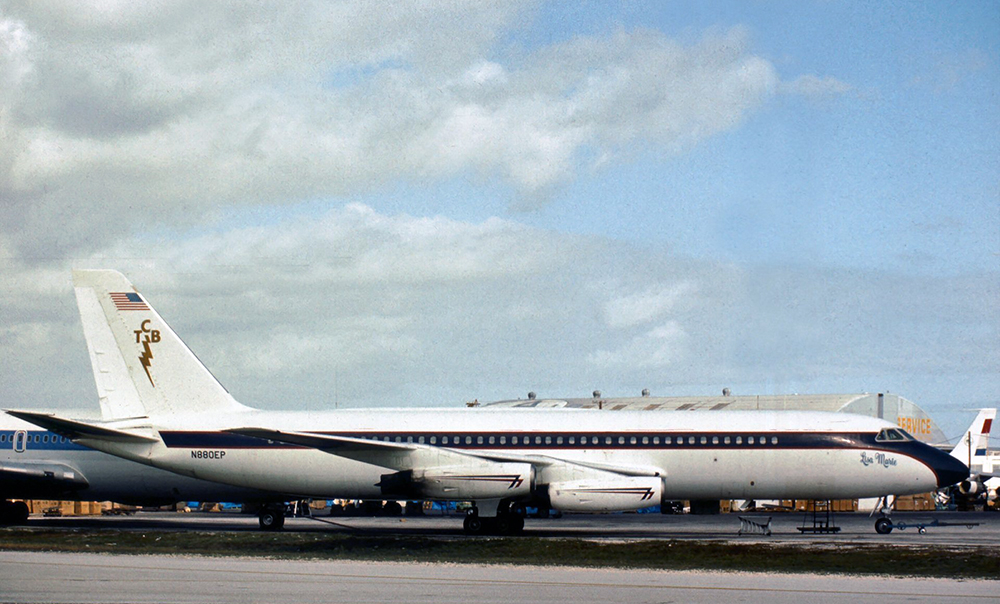 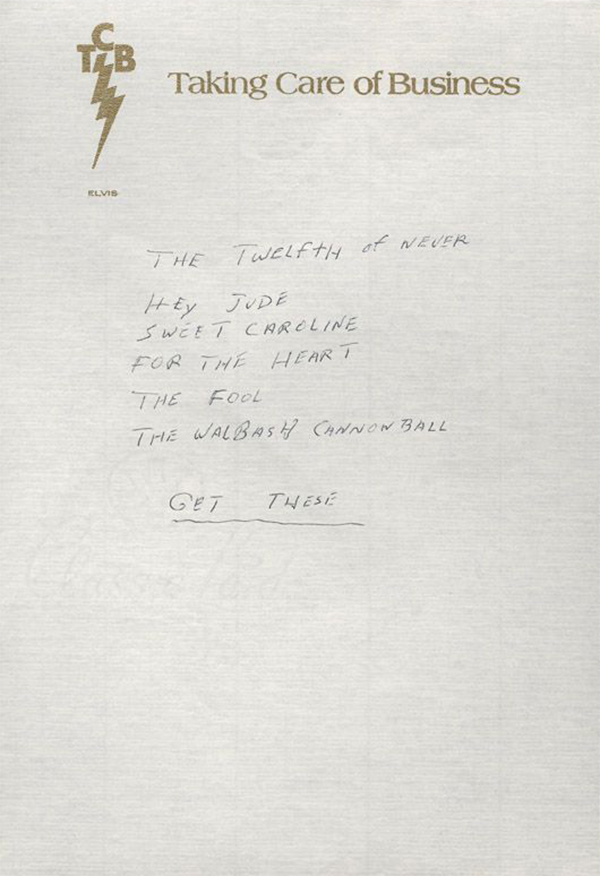 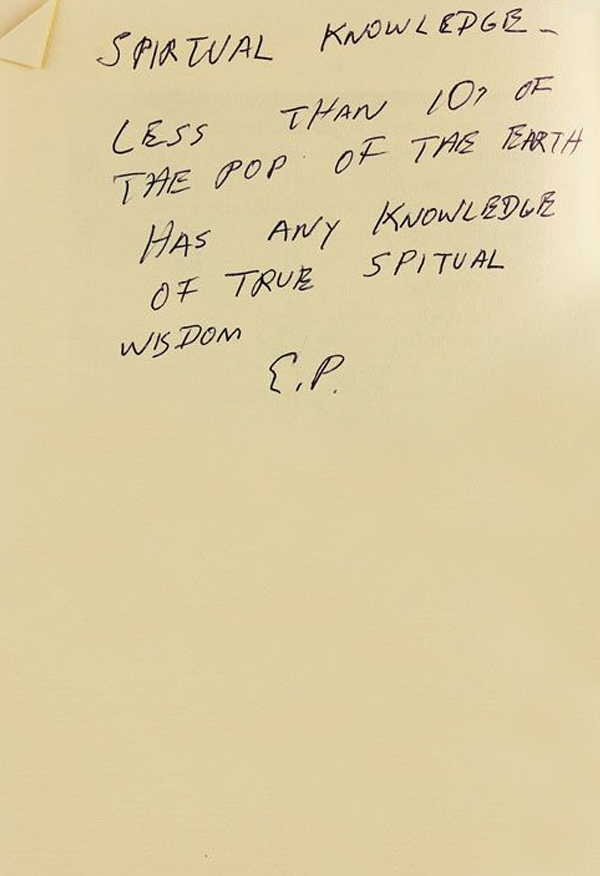 Read about Elvis Presley's TCB Band and Back Up Singers.